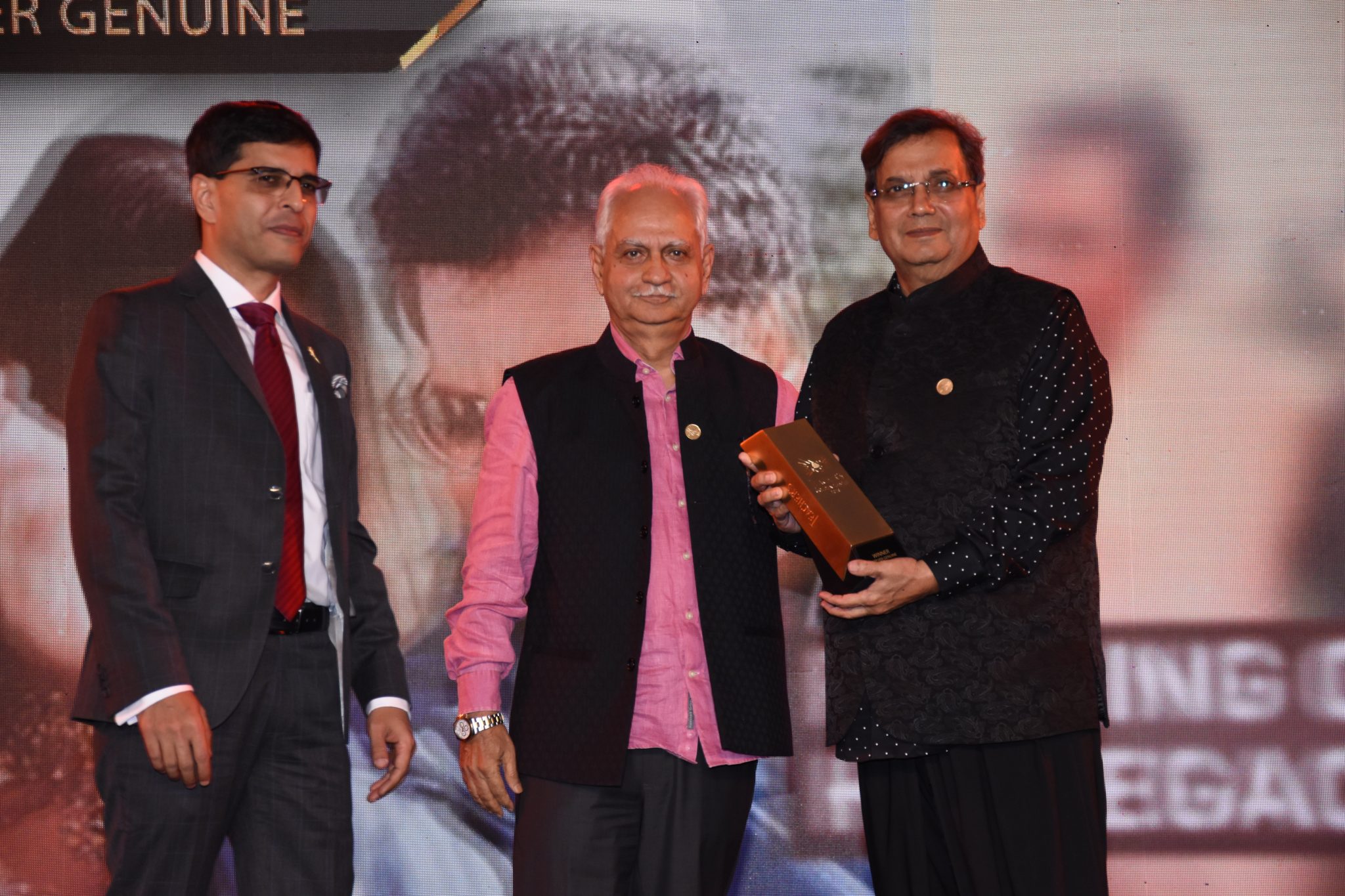 Mumbai, 18th November 2019: Jim Sarbh, Nushrat Bharucha, Remo D’Souza and Pankaj Advani were among a select list of genuine achievers recognized with full honours on 16th November 2019, at the Teacher’s Golden Thistle Awards held in Mumbai. As a platform created to celebrate unique, authentic achievers and their impact, the awards identify and acknowledge those achievers who have carved a niche for themselves through passion and grit, creating an unmatched legacy that inspires millions of people daily.

The evolved Indian today places characteristics such as authenticity and genuineness in high regard. Teacher’s Golden Thistle Awards are a platform where these attributes are acknowledged, celebrated and rewarded in the form of recognition for those genuine achievers who are an inspiration to all. The awards span seven categories: four are in the areas of Business, Sports, Entertainment and Culture (Culinary Excellence), while three special awards have been curated to encourage and celebrate Genuine Spirit. The list of winners include:

The host for the evening, Cyrus Sahukar, took the audience through the stories of the winners, their achievements and the journey culminating in this special recognition. The audience included Rahul Bose, Manjit Gill, Geeta Chandran, Sandeep Arora, Ayaz Memon, Arjun Bajwa, Sabbas Joseph and several others. 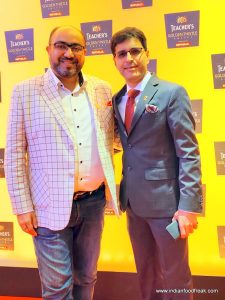 Today’s Indian is evolved and aware, looks beyond the surface of commercial success and inspires the society with their genuine will to win and grow for good. It is only right that we celebrate and recognise these accomplishments with the Teacher’s Golden Thistle Awards. The awards celebrate stories of rare individuals who dared to dream big and truly inspire. This platform attempts to encourage a new generation with the courage and confidence of achievers who are rare to find and genuine in their entrepreneurship, craftsmanship and sportsmanship,” said Mr. Neeraj Kumar, Managing Director, Beam Suntory India.

This year, Teacher’s Golden Thistle Awards partnered with Republic TV, one of the leading news networks in India, as the Co-Host and Media Partner. To ensure an extremely fair and thoroughly audited process, Pricewaterhouse Cooper (PwC) was appointed as the Process Validator. The names shortlisted by PwC were then discussed and debated by a credible and respected jury comprising of Bollywood superstar Anil Kapoor, dance Icon Geeta Chandran, cricketing legends Krishnamachari Srikkanth and Harbhajan Singh, Legendary Masterchef Manjeet Gill (of Bukhara fame) and Restaurateur-Chef Farrokh Khambata, Business Leaders D. Shiva Kumar,  Group Executive President – Corporate Strategy and Business, Aditya Birla Group, Nimish Shah, Head – Investments at BNP Paribas Wealth Management, and Wiz Sabbas Joseph, Founder and CEO, Wizcraft. Neeraj Kumar, Managing Director – Beam Suntory India, is the chairman of the jury and the meeting was hosted by Arnab Goswami, founder of Republic TV and one of India’s leading news personalities. The jury met in October this year to select the winners and runners-up. 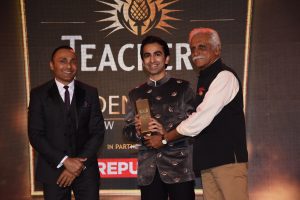 “It is a great responsibility and privilege to identify and make examples of individuals who have carved a niche and created a positive impact on those around them. We are honoured and excited to partner with Beam Suntory to co-host this edition of these iconic awards and inspire passionate Indians to achieve their dreams despite all odds,” says Arnab Goswami, Founder of Republic TV. “The Teacher’s Golden Thistle Awards are not just any awards, it is a platform that represents and celebrates a group of achievers who dared to dream and then pursued that dream in their own way,” he added.

Teacher’s Golden Thistle Awards are a celebration of authenticity, and genuine achievers in the fields of Business, Sports, Arts and Culture, and Entertainment. It is a tribute to those achievers who have remained authentic to their craft and have dared to dream and pursue their passion despite all odds.

A partnership with PricewaterhouseCoopers, amongst the leading audit firms of international repute, has been formed to integrate authenticity and credibility into the awarding process. They oversee a stringent selection process and grade the nominees before the jury takes over.

Food Critic and a Marketing Wizz who had a high profile career with leading MNC’s like HSBC, GE Capital etc, Pawan Soni comes across as a quintessential corporate employee. He left behind his successful career as the Vice President of a MNC... all for his love for food. He a WSET Level II wine connoisseur and a foodie who loves to eat anything under the sun. Besides being a food and travel writer for various food forums and magazines, he is the Founder and CEO of Indian Food Freak. As one of the initial bloggers who started his blog almost a decade ago, his website www.indianfoodfreak.com is currently one of the biggest food and travel blogs in the country. Pawan also conducts highly successful restaurant awards and recently concluded the 6th edition of The Big F restaurant awards. He won the best influencer awards in India by BBC Food Food Awards in 2018